A giant panda escaped from the zoo in London. Eventually, he became hungry and walked into a restaurant, where he found a seat at an empty table. The waiter took the panda’s order. In due course the panda’s meal arrives and he eats.

▲top
Today is one of my unpaid holidays, I wanted to talk with a foreigner on Skype, but no one accepted my invitation.
I researched them on Skype's function, ex. fmale, 28 to 32 years old, everywhere. After researching , I realized we
(繼續閱讀...)

▲top
Today I have come back to Hong Kong to stand before you and account for myself. I’ve never escaped from my responsibility. During the past few weeks, I’ve been with my mother, and my family and love ones to show support and care. And at the same time, have their support and care for me. I admit that most of the photos being circulated on the Internet were taken by me. But these photos were very private, and had not been shown to people, and were never intended to be shown to anyone. These photos were stolen from me illegally, and distributed without my consent. There is no doubt whoever obtained these photos, had been uploading them to the internet with malicious and deliberate intent.

▲top
Cindy, Cindy,  How nice person Cindy is ?
Cindy asked me to practice GEPT with her on Skype two days ago and it was no charge.
(繼續閱讀...)

▲top
To learn is a great resolution, because it is very useful for my job. My company's products will be approved by MSHA, Mine Safety and Health Administration, USA.
I wrote a lot of English letters to connect  with Mark and explain our product. Fortunately it will be fine.
(繼續閱讀...)

▲top
My heart sank when mother told me my old pet dog had gotten sick. When I entered the house, it was
lying uneasy on the floor. We took it to hospital, and a kind vet checked it thoroughly. After explaining
(繼續閱讀...)

▲top
I went to Taipei Fine Arts Museum with Strawberry this afternoon.
The exhibition is Pixar: 20 Years of Animation
(繼續閱讀...)

▲top
Do you remember my friend arranged a blind date for me ?
Yes, it was today. How to describe the object ? Let me think about it.
(繼續閱讀...) 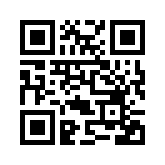